Click here to REGISTER NOW Overview:
This module contains 4 sessions filmed at the Human Trafficking Conference held at Northeastern University on April 27, 2019.  State and national experts present on topics including an industrial engineering approach to fighting trafficking, screening tools and resources for providing services to survivors, and how law enforcement, advocates for survivors, school nurses and emergency room workers can fight against human trafficking.

Objectives:
Participants will be able to:

Kayse Lee Maass is an Assistant Professor of Industrial Engineering and leads the Operations Research and Social Justice lab at Northeastern University. Prior to joining the faculty at Northeastern, Dr. Maass was a Research Associate in the Department of Health Sciences Research at the Mayo Clinic and received her Ph.D. from the Department of Industrial and Operations Engineering at the University of Michigan. Dr. Maass currently is a member of the H.E.A.L. Trafficking Research Committee, is a certified sexual assault victim-survivor advocate, and is a recipient of multiple NSF grants. Her research focuses on the application of operations research methodology to social justice, access, and equity issues within human trafficking, mental health, and supply chain contexts. 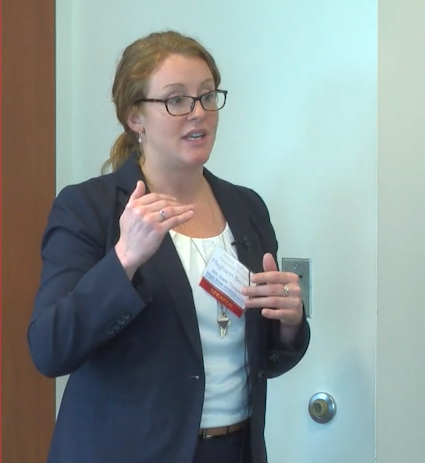 Meghann Benesh has been a Trooper with the Massachusetts State Police since May 2014.  She is presently assigned to the High Risk Victim Unit (H.R.V.U.), located at the Commonwealth of Massachusetts Fusion Center. The High Risk Victim Unit investigates adult and child human trafficking cases with a victim-centered focus.  Prior to being in the High Risk Victim Unit, Meghann was a member of the Division of Field Services with the State Police, having been assigned to the Troop C Community Action Team (C.A.T), and to the Millbury Barracks. She has participated in numerous investigations that have resulted in the arrest of individuals for various forms of criminal activity to include Crimes of Violence: Human Trafficking, Assault, Sexual Assault, Narcotics Violations, Domestic Violence Incidents and Firearm Violations. She has worked cases in an undercover capacity leading to the arrest of suspects including pimps and “johns”. She has received numerous trainings in the investigations of Human Trafficking and is a certified Sexual Assault Investigator.

Meghann has a BS in Sociology and Criminology and Law from Suffolk University and an MS in Human Services from UMASS Boston.

Peter DiMarzio has over 30 years of experience in serving victims of violence and currently serves as a Victim Assistance Coordinator with Homeland Security Investigations assigned to the Human Trafficking group.  Peter’s area of responsibility includes the six New England states and works closely with Federal, State, local Law Enforcement, USAO’s, DA’s Offices and Non-Governmental Agencies to ensure victims needs are met.  Peter coordinates and Chairs a Victim Provider Service Meeting which is held quarterly and attended by those providing services to victims of crime.   Peter is trained in Applied Suicide Intervention Skills in de-escalating those expressing suicidal ideation.

He has addressed the United Nations on Human Trafficking issues on several occasions and is a NGO Committee Member on Mental Health at the United Nations.  Peter holds a Master’s in Counseling Psychology from the University of Massachusetts and is a veteran of the United States Air Force.

Chief Ferullo has a Bachelor’s of Science Degree in Business Administration from Northeastern University and a Juris Doctorate from Suffolk University Law School and is admitted to the Massachusetts Bar.

He is a founding board member of the 4th District court Heroin Education Awareness Taskforce, a nationally recognized, multi-disciplined approach to adolescent substance abuse.

Lydia Lawson has over 7 years of experience in the Emergency Department at Winchester Hospital. She has been assisting trafficked women and men locally and internationally since 2015. Lydia has traveled to the Philippines twice with Wipe Every Tear, a non-profit organization assisting with women in the sex trade. She lives in Lynn with her husband Alex, and her two children, Paxton and Piper. 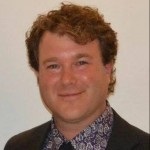 Stephen P. Wood, MS, ACNP is an acute care nurse practitioner practicing emergency medicine and a fellow in bioethics at the Center for Bioethics at Harvard Medical School in Boston, Massachusetts. He is also a consultant for the Woburn Police Department, the Southern Middlesex Regional Drug Task Force, and the New England Coalition Against Trafficking; the chair of the Winchester Hospital Substance Use Task Force; and the co-chair of the Southern Middlesex County Mental Health Working Group. In addition, he is a lecturer at Northeastern University in the Bouvé College of Health Sciences. He is a regular contributor to the Harvard Law School Petrie-Flom Center’s Bill of Health Blog on the topics of substance use and human trafficking.